Cancer is a Disease of the Immune System 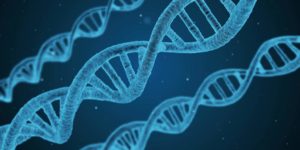 The immune system works in the bloodstream and lymphatic system and is made up of specific and non-specific defences against pathogens (disease-causing microbes). We are surrounded by millions of bacteria, and viruses or germs that can enter our bodies and harm us – the immune system is the body’s defence against them. The lymphatic system is made up of a network of tubes, separate from the blood vessels, containing Lymphocytes which attack viruses and make antibodies which destroy bacteria.

How does the immune system work against cancer?

How do we boost and unburden the immune system?

There is some disagreement about the specifics on bolstering the immune system because… well, it’s a system. In other words, it’s not one organ with one function, rather it works across the body from the liver feeding the bloodstream to the lymphatic system managing the body’s waste.

The most compelling of these are listed below – these are the ones that make perfect sense just because the science is clear:

Diet
You’ve heard this before – your diet should be high in fruits, vegetables and water. And in addition to this simple list, avoid inflammatory foods, including Trans fats, sugar, white bread and pasta, processed foods, moderate alcohol, and Omega-6 Fatty Acids. There is also new research highlighting strawberries as the ‘magic’ food. It has anti-inflammatory properties when consumed several days per week. The research shows that several blood markers for chronic inflammation can be improved by regular intake of strawberries.

Inflammation is a protective immune response involving cells and the blood to prevent cell injury, or clear out damaged cells and initiate tissue repair. Too little inflammation can lead to tissue destruction by the harmful cells like bacteria and compromise the survival of the organism, and too much inflammation or inflammation out of control can lead to diseases like periodontitis, rheumatoid arthritis, and cancer.

So, cool it with the sugars, trans fats and white flour (ie. processed food) as it plays havoc with your immune system by causing inflammation when it’s not required by your body.

Exercise.
The benefits of exercise are obvious but there may be a benefit you hadn’t thought of. Vigorous movement aids the flow of fluids through your lymphatic system, which doesn’t have its own pump, but rather relies on gravity to do its work. Doing a work-out that involves bouncing movement will do this and aid your immune system – suggested captivities: rebounding and running!

Body weight
Research suggests that obesity is associated with immune system dysfunction. eg, an increase in inflammation has been seen with an increase in body weight. The exact cause of how obesity affects the immune system is not yet known, but it is thought that it’s all about the kind of fat present in the body. Some studies show that White Adipose Tissue (WAT) has many functions, including regulation of inflammatory processes, but an excess of WAT can cause chronic inflammation making it harder for the body to fight off infections.