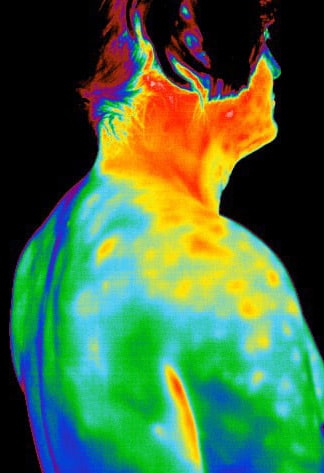 Inflammation is considered the “the silent killer” that can lead to chronic disease like arthritis, heart disease, cancer, diabetes, obesity, inflammatory bowel disease, dementia and even depression. Inflammation is a natural process by which the body’s white blood cells protect us from foreign organisms, such as bacteria and viruses. However, sometimes the immune system triggers the inflammatory response when there is actually no threat to defend against.

On the other hand, Chronic Inflammation can be triggered by an overactive immune response or by pathogens (virus, bacterium or fungus that causes disease) that the body cannot break down, including some types of foreign bodies that remain in the system. Chronic inflammation typically occurs in tissues and organs where it can trigger Inflammatory Autoimmune Disease. Symptoms might be fatigue, achy-ness, or anxiety, or digestive problems, or no symptoms at all. It also doesn’t go away without being treated by changes in your environment.

Inflammatory Autoimmune Disease
When the body is working properly, protection from infection works through a complex communication system between the body’s cells and the chemical signals they produce – the body can tell the difference between foreign cells and itself. But in autoimmune disease, the immune response fails – the immune system targets its own tissues. Either the immune system can’t tell the difference between the body’s tissues and foreign cells, or it’s unable to regulate the intensity of the immune response. The result is damage to the body’s tissues and the development of an autoimmune disease. The classic sign of an autoimmune disease is inflammation, causing redness, heat, pain and swelling.

Research into the causes of Inflammatory Autoimmune Disease is in its infant stages. Statistically, studies have shown women are more susceptible to autoimmune diseases; 6.4 percent of women vs. 2.7 percent of men. Certain autoimmune diseases, like multiple sclerosis and lupus, appear to be genetic – however, not all members of the same family will necessarily have the same disease, but at least a susceptibility to an autoimmune condition is inherited.

A “Western diet” is also considered a trigger. Diets high in fat, sugar and salt are linked to inflammation, which has also been linked to an immune response. See this study.

Thermal Imaging
Thermal imaging is the best technology for revealing levels of inflammation. Inflammation generates heat which is seen as infrared radiation, the infrared cameras capture the infrared thermal patterns generated by this heat. Patients are aware they have painful arthritis but are unaware of their level of inflammation. Thermal imaging is an early aids diagnosis and allows for treatment before it becomes a more serious problem. Annual screening with regional or full body thermography can determine whether inflammatory changes are taking place or becoming chronic.

Full Body Imaging
Inflammation detected in the carotid arteries, for example, will guide a doctor to request further tests and treatments, helping the patient prevent a stroke or heart attack. Thermal images of the joints can show early signs of arthritis, brought on by inflammation – this can be treated sooner thus reducing inflammation and preventing the further onset of arthritis.

Further reading:
How to Stop Attacking Yourself: 9 Steps to Heal Autoimmune Disease
Chronic Inflammation Vs. Acute Inflammation: What You Need To Know
Everything you need to know about inflammation